From a young age it was Jyoti’s (Harbert van der Wal) deepest wish to contribute to a better world, a world in which people could simply live together happily. The key question to which he sought an answer was this: why does man become alienated from his own nature?

This question also formed the motivation for the course of studies he chose at university. He attended several courses: first philosophy and (political) economics, then developmental psychology. During his years as a student, however, his original motivation got increasingly out of sight – not only because very little of what he learned seemed useful for finding an answer to his core question, but especially because most of his time and energy was spent on dealing with a profound psychological crisis that had arisen in his adolescence and subsided when he was around thirty.

He became active as a trainer at the age of forty. He wanted to find out how natural learning and natural development progress, and how those can best be supported. By training youngsters his original motivation gradually returned. However, by this time the motivation was no longer something big and abstract like “a better society”, but it was – much more directly and much simpler – about supporting children to find their way back to themselves. Not by guiding them “in the right direction”, but by creating a supportive learning environment. Not by acting as a teacher or trainer, but more as a mentor, in service of the process.

In this approach Jyoti continued to experiment, and in order to further deepen and at underpin his insights the age of fifty he went back to university: this time to study cognitive neuropsychology and movement sciences.

By making a name for himself he got the opportunity to work with top athletes, first as a mentor and then as national coach, resulting in gold medals at European and World Championships for his teams. To further promote and elaborate his method and understanding he

Despite his successes both as a coach and a trainer he was not satisfied. His goal had never been about winning gold medals in the first place, and even though he found ways of translating his many findings into effective training and coaching methods, the key question remained unanswered: why does one become alienated from one’s own nature in the first place?

When it became clear to him that this particular question could ultimately only be answered in one way, namely by looking within, he came across what is called “spirituality”: the search for truth. He found a spiritual teacher (Pyar) and was named Chit Jyoti (translated freely as: the dancing light of consciousness). Soon his teacher gave him the opportunity to create workshops in order to promote the process among her students. In that he found a new laboratory to experiment in, which again gave his learning process a huge stimulus and deepening.

fter two years of intensive meditation and contemplation he came across the book Loving What Is by Byron Katie, which found such fertile soil that it put an end to his search.

For several years now, Jyoti has been sharing with others what his journey of discovery has brought to him. He guides other people on their inner path, in the form of personal sessions and process coaching as well as in satsangs, intensive weekends and silent retreats.

As he writes on his website aneffortlesslife.eu:
‘A large part of the thoughts that cause suffering arises from the misconception that you are an independent, separate part of reality. In all kinds of subtle ways, this misconception causes you not to see and experience reality as it is. Your knowledge, experiences, opinions and concepts have solidified into something that you now experience as your identity. It forms the person you think you are, the image you have of yourself and the image you want to show to your environment. You feel the need to maintain, monitor and protect this identity. You cannot but constantly think how you can respond to the image that others have of you, or to the image that you want others to have of you. Apart from that you also have to meet all sorts of expectations, and you can probably only sustain this form of “personal brand management” by pretending to be different from what you are, and by pushing away feelings, thoughts and experiences that seem unfitting. But deep inside yourself you know all too well that you are “unreal”. There is good reason why courses that promise “authenticity” are sought after on a large scale.
Once the illusion that you are a separate person has really been seen through, and once you have freed yourself from all the concepts and “truths” upon which your life has been built, you will come to realize your true nature – a transformation often referred to as “self-realization” or “awakening”.’ 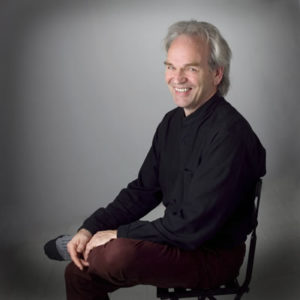